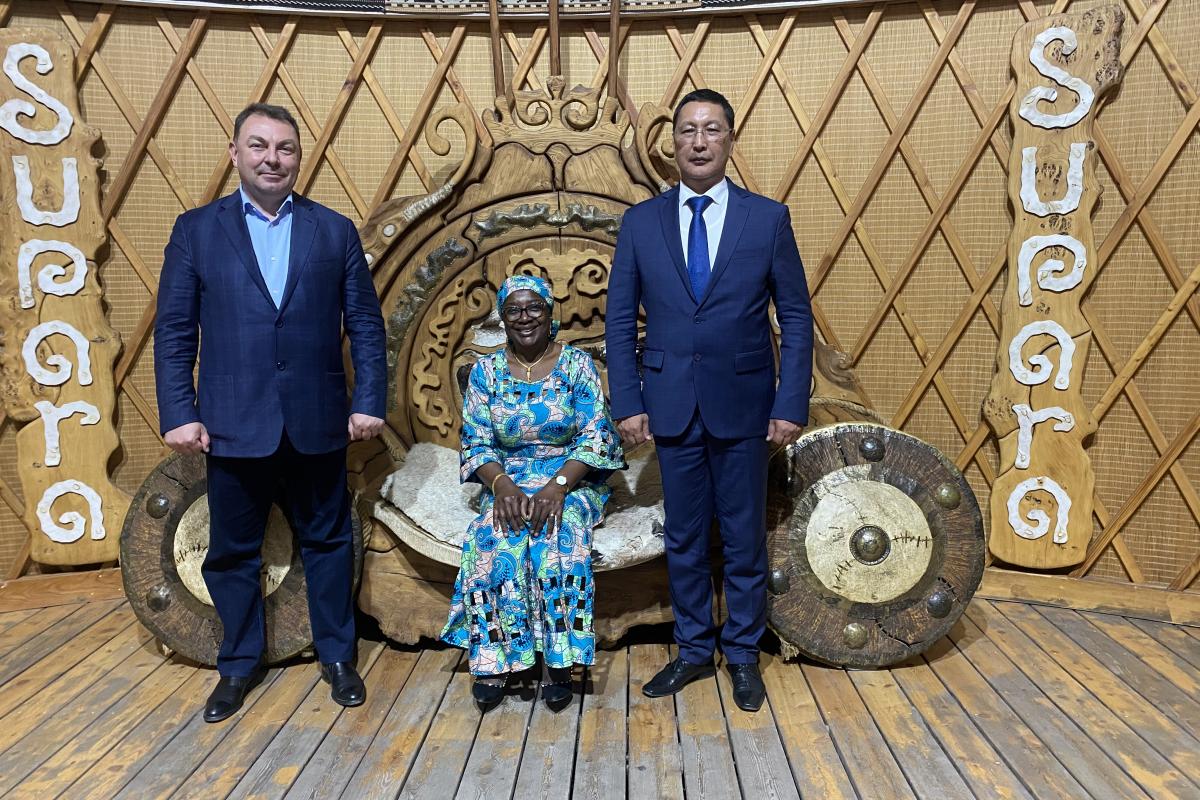 As part of the celebration of the 30th anniversary of the Ministry of Emergency Situations of Kyrgyzstan on July 1, 2021, the ICDO delegation invited to Bishkek had a working session with its host H.E. Azhikeev B.E., Minister of Situations of Emergency also president of the Executive Council of the ICDO. The Minister of Emergency Situations of Kazakhstan was also present at this meeting. The delegation, led by the Secretary General, was made up of the Deputy Secretary General, the Director of Cooperation and a collaborator of the permanent secretariat. Discussions focused on current and future ICDO files and projects.

On July 1, 2021, the delegation attended the actual celebration of the 30th anniversary in which the Secretary General sent a message of wishes on behalf of the ICDO.