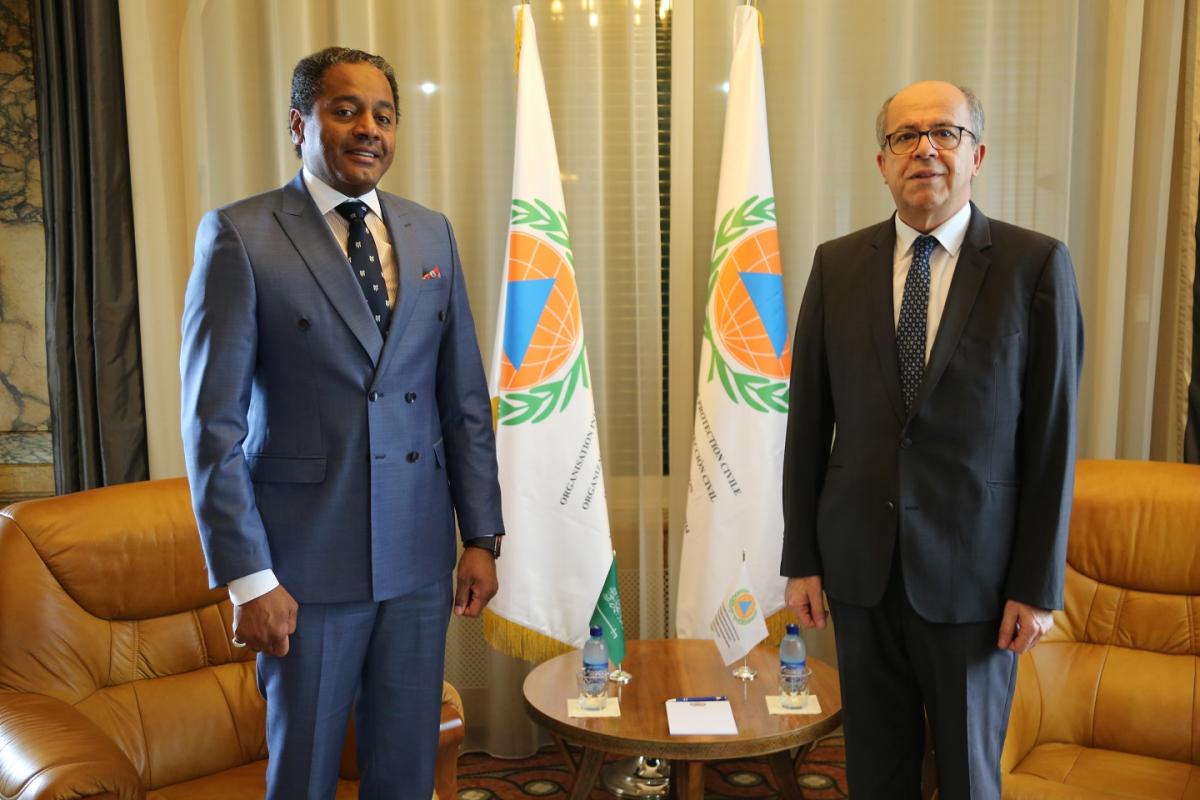 In the framework of international cooperation, the ICDO Interim Secretary General Mr. Belkacem Elketroussi received today at the Headquarters of the Permanent Secretariat in Geneva, H.E. Dr. Farhan Alfarhan, in Charge of Affairs of the Kingdom of Saudi Arabia to Switzerland and Liechtenstein.

This visit marks the culmination of the considerable efforts and level of cooperation between the ICDO and the Government of KSA in the context of civil defence/protection. In fact, the meeting focused on the importance of highlighting the role of civil defence sectors and bodies during the pandemic of COVID 19, taking into account the Kingdom’s Presidency of the G20 and the vital role it could play in helping to promote disasters management academic and technical institutions. As a result, both sides agreed as an initial step to co-organize a workshop in July 2020 in the capital of Switzerland - Bern, under the title “Disaster Management and the Role of G20 Presidency.”