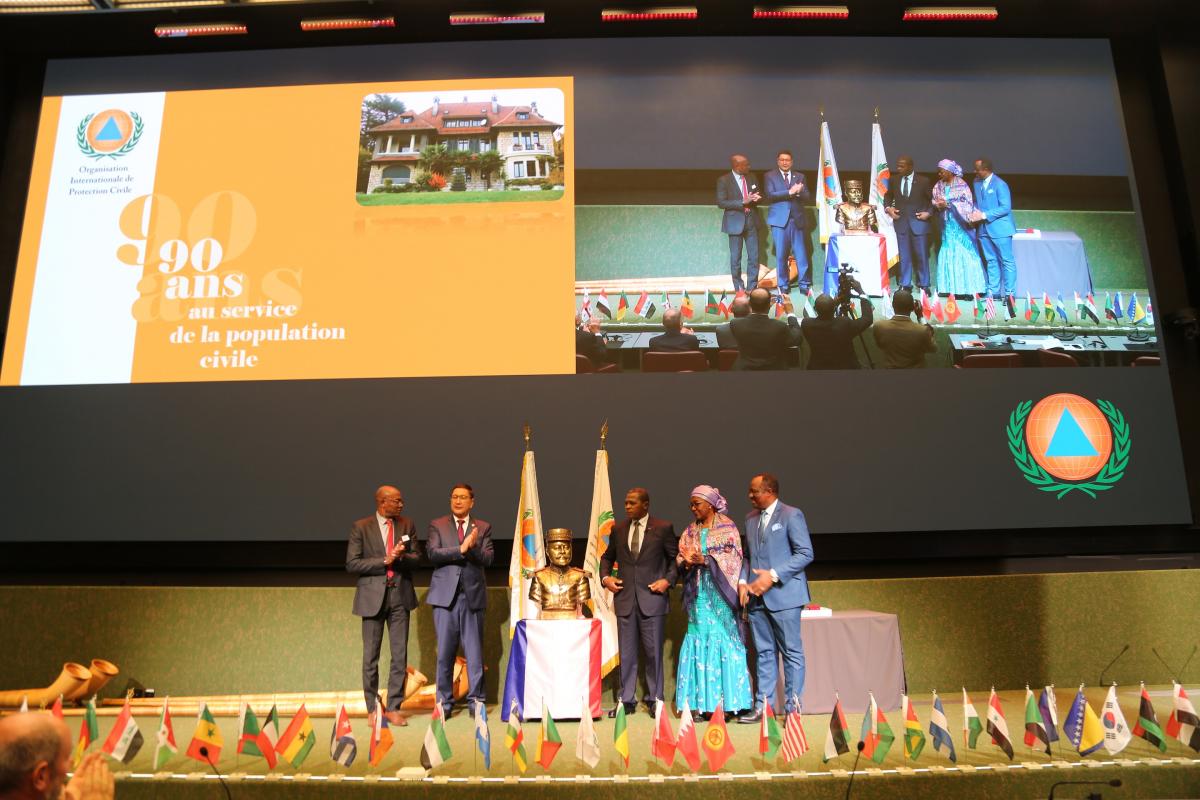 28 October 2021 marked the celebration of the 90th anniversary of the International Civil Defence Organization (ICDO).

The ceremony, which took place at the Geneva International Conference Centre (CICG), was attended by representatives of ICDO member and observer States, representatives of other Organizations, local personalities, but also and above all by the descendants of General George Saint-Paul, founder of the "lieu de Genève" which later became ICDO.

During this ceremony, the governing bodies of the Organization awarded a posthumous medal to General George Saint-Paul and medals to all the member and observer countries represented, for services rendered to the cause of civil protection.

In return, the Organization received from the Head of State of the Republic of Cameroon, H.E. Paul BIYA, a bust in the effigy of the founder for the occasion.

Working visit of the ICDO Secretary General in Gambia

Opening ceremony of an ICDO regional office for Africa

Training on Elimination of emergencies at oil and gas facilities

Visit of the Ambassador of Sudan in the ICDO headquarters